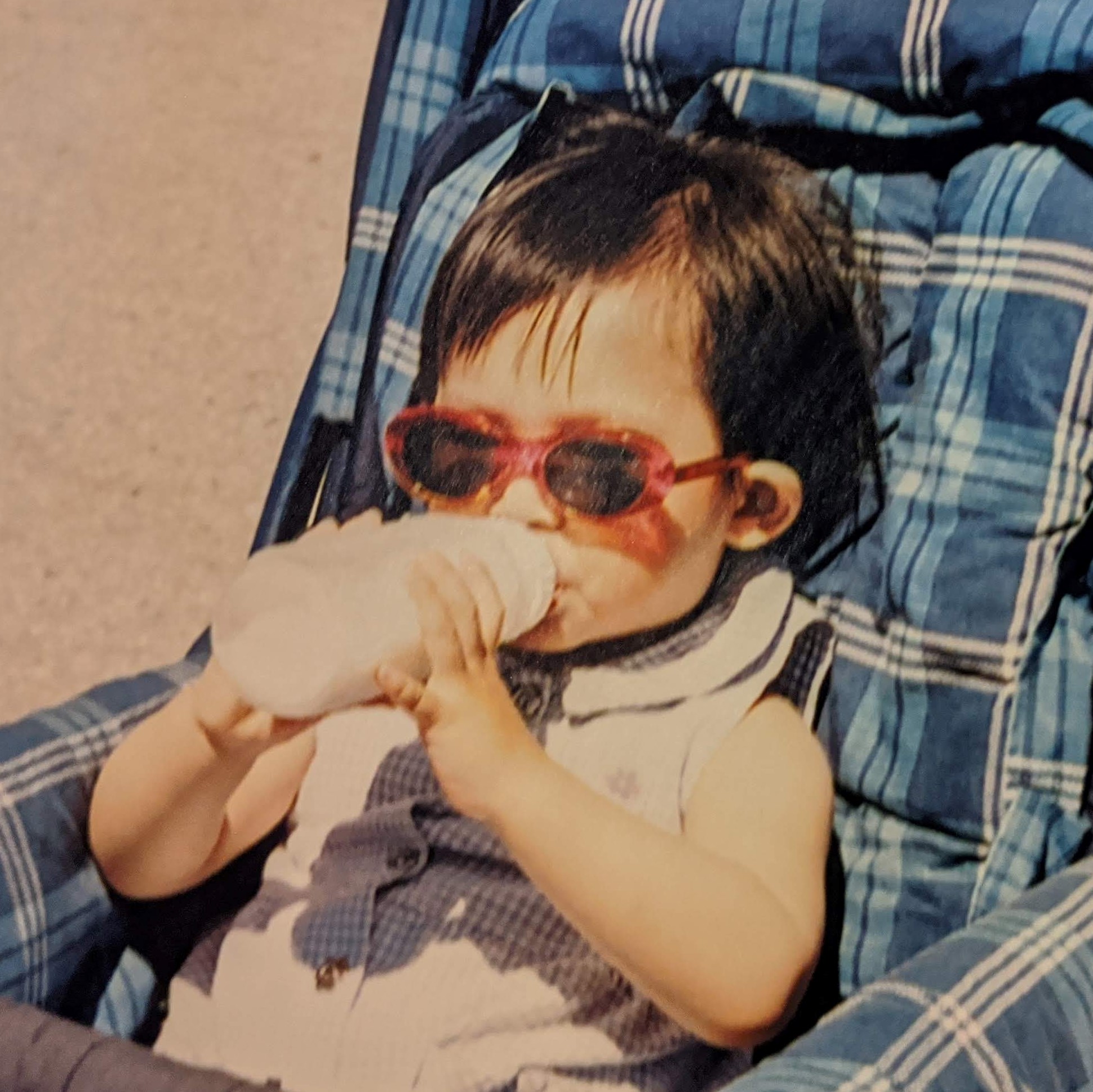 Welcome to my e-home.

This blog post is a summary of research that I did under the supervision of Dr. Eric Pedersen and Dr. Simone Brugiapaglia in 2020 as part of research course. Their guidance and kindness in such wild times was invaluable, and without them, this project would not exist. If you're interested, the full report can be found here. This summary is intended to be (hopefully) readable to people with no background in ecology, some familiarity with mathematics, and a general scientific literacy, ie. all my non-math friends who keep asking what I actually do and aren't satisfied with a vague "I use math to predict eco-systems".

Compressive sensing (also known as compressed sensing) is a method used to solve sparse, underdetermined matrix systems which was developped around 2004. Let's unpack that sentence with an example. $$ \begin{align*} 2x + y &= 5\\ 2x + y + z &=8 \end{align*} $$ In this system of equations, we have 3 unknowns and 2 equations, so the system is underdetermined: there are more unknowns than equations. This poses a problem for traditional solving techniques because, as you might recall, you need at least the same number of independent equations as you have variables. In this case, we can quickly check that this is indeed true. We obtain a family of solutions, or a set of multiple solutions. We know that $ z=3 $, but any combination of $ x, y $ works, so long as $ 2x +y = 5 $. Another way of stating this is that any point on the line $ y=-2x+5 $ solves the system. If this system was all the information we had, we'd be at a standstill. However, we have one more condition: sparsity. All sparsity says is that a significant number of the variables have a value of zero. How many? No idea. Which ones? We don't know. Even still, with this condition of sparsity, we can solve this underdetermined matrix system(1). Just as a refresher, the above system can be written in the following way using matrices. $$ \begin{pmatrix} 2 & 1 & 0\\ 2 & 1 & 1 \end{pmatrix} \times \begin{pmatrix} x\\ y\\ z \end{pmatrix} = \begin{pmatrix} 5\\ 8 \end{pmatrix} $$ So how do we (or a computer) pick a sparse solution from the sample space of possible solutions? For that, we turn to measure theory. Measure theory is a branch of mathematics that concerns itself with ways we can measure real things and mathematical objects, the properties of measures, and why all of that matters in the first place. Say you're handed a box and given the instructions "measure it". A very reasonable first question would be how? Do you want the volume? The height? The surface area? The mass? We'd pick a measure depending on why we want to measure the box. If we're trying to paint it, we'd pick surface area. If we want to see if it would fit under my bed, we'd pick height, etc. 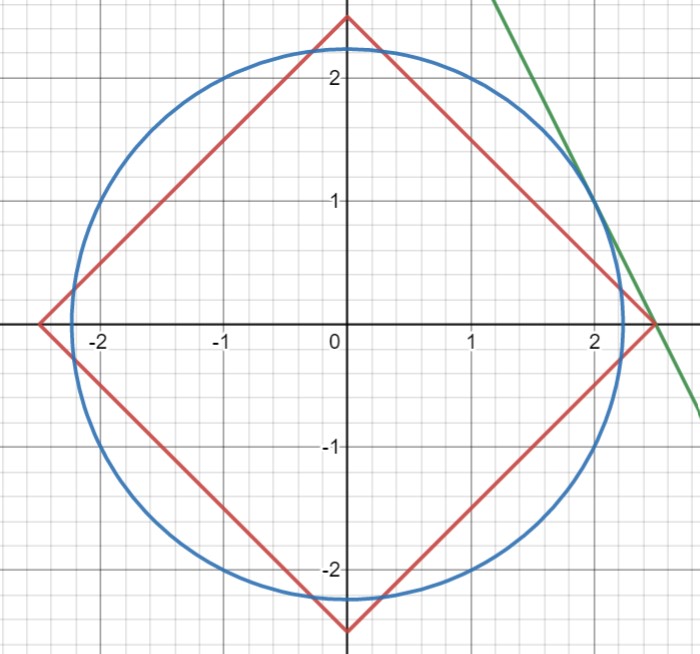 This extends into even higher dimensions. In three dimensions, we would have a plane of solutions instead of a line, and the unit "ball" in $\ell_1$, instead of being a diamond, would be a tetrahedron. In 4D and up, it gets impossible to visualize, but the math still holds.

This technique has a lot of uses outside of ecology. As you can imagine, the idea of recovering the more information with fewer equations or samples has obvious applications in information theory: the science of how we store, compress, and restore information.

One of the key questions in ecology is how populations of various species will change and affect each other over time. One of the oldest and most common ways of representing these relations is the Lotka-Volterra equations, which are pairs of first-order nonlinear differentiable equations. $$ \begin{align*} \frac{dx}{dt}&=\alpha x - \beta xy\\ \frac{dy}{dt}&=\delta xy - \gamma y \end{align*} $$ All the above Lotka-Volterra equations say is that the rate of change of species $x$, the prey, is determined by how fast the prey population would grow if left to its own devices (the $\alpha x$ term), subtracted by the rate of predation, which depends on the current level of predator and prey populations (the $\beta xy$ term). By contrast, the rate that the predator population increases depends on how much prey they catch (the $\delta xy$ term) and decreases in the absence of the prey species (the $\gamma y$ term). The spirit of my project is whether or not compressive sensing is useful to figure out the values of $\alpha, \beta,\delta,\gamma$. In a real ecosystem model, we'd have two unknown variables for every single pair of species, one term for the effect each species has on every other species. This is lots of variables, but it is a sound assumption that the matrix of all these coefficients is sparse, as most species don't really affect each other unless they are directly in competition or have a predator-prey relationship.

The nature of the data is difficult to deal with, as often ecologists are not lucky enough to have population data for all species, and not over long periods of time either. As such, techniques like compressive sensing are incredibly promising because they require fewer input datapoints/equations to predict the coefficients and therefore the ecosystem. My research mostly concerns how we can massage ecological data into a form that we can use compressive sensing on and how efficient it is at recovering the underlying dynamics (the coefficients and equations) using only population data.

I thought it was a pretty neat project. I hope you do too. Thanks for reading to all the way down here. (1) The exceptionally keen ones of you out there might say: but wait, we could just solve this equation by hand now that we know that $ x $ or $ y $ is $ 0 $, and you're right, it's quite trivial in this toy example. However, less trivial when you're working with hundreds of variables, and you have no idea which ones or how many are zero. The example is merely to illustrate the technique and unfortunately isn't a perfect showcase of the power of compressive sensing. Bear with me, it gets more exciting soon.
(2) I've skipped over a lot of (all of) the nuance of norms and measures. They are different. Forgive me analysis gods.